The Brixley-Griffith’s Dictionary defines the verb swashbuckle as ‘to engage in daring and romantic adventure with ostentatious bravado or flamboyance’.  Now as you know gentlemen tend to be modest and refined, however, when the time calls for a good old-fashioned swashbuckle a gentleman should never turn it down, especially when a gentlelady’s life is at stake (which is generally the case with swashbuckling). 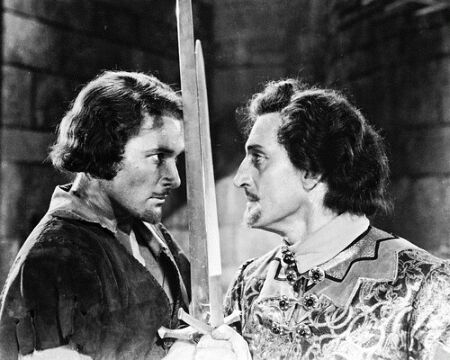 Errol Flynn invented swashbuckling when he became an actor. Here he swashbuckles the Sheriff of Nottingham in a staring competition.

Many great gentlemen over the years have been known to swashbuckle their way through the countryside defeating evil barons, pirate lords or hoard of goblins, and you should not be any different. 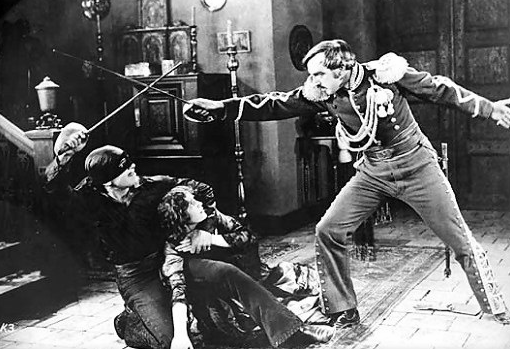 Fictional character Zoro was known for his swashbuckling flamboyance after he started incorporating a dance routine into his swordplay. He is seen here in the middle of a 'Russian dance' style move whilst executing a textbook 'parry'

Swashbuckling is a good way to get outdoors for the gentleman who has been contained in his library too long.  Also whilst swashbuckling a gentleman can let his hair down (figuratively) and drink spirits straight from the bottle (in fact rum should only be drunk straight from a bottle). 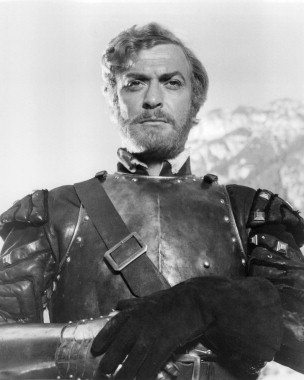 Michael Caine was known to swashbuckle from time to time. Although he didn't really do much when he was swashbuckling, just his trademark stare. Business as usual for Caine.

There is no definite inventory to take with your although a sword is a good place to start. 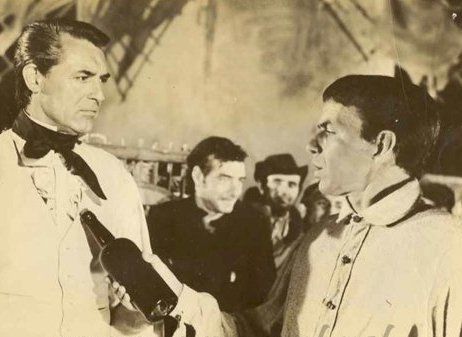 Here Frank Sinatra accidentally mixes up his sword-chest with his wine-chest whilst swashbuckling with Cary Grant.

Things like armored breastplates or intricately woven 16th Century apparel seems to be a must for the swashbuckling gentleman.  Also a moustache can’t hurt. 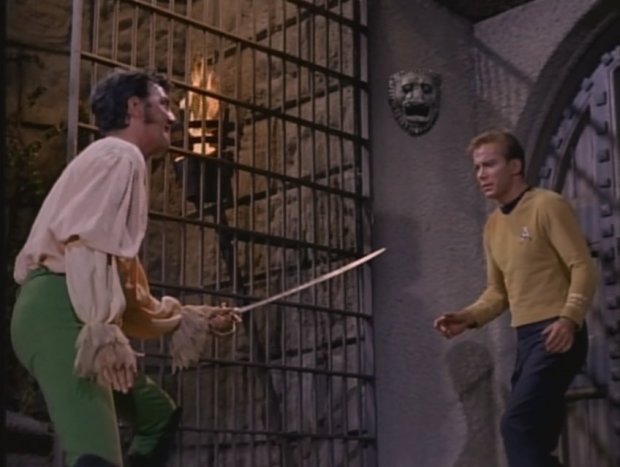 William Shatner always opted for his trademark 'Kirk' clothes when swashbuckling. He didn't even take a sword, choosing instead his bare hands.

However a gentleman must remember that he cannot go about swashbuckling his whole life. 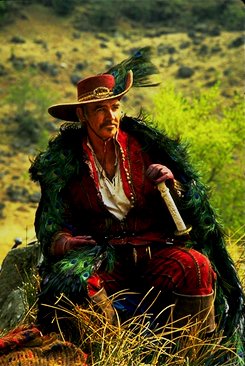 Sean Connery after a hard day's swashbuckling. Here is unwinds and gets ready to go back to his usual job (whatever that may be).

Once his quest is fulfilled, a gentleman must work his way back into the slower paced lifestyle where instead of a sword he uses a 9 iron and instead of swinging off a ship’s mast he goes down to the reform club to enjoy a cigar, some scotch and an anecdote from Fred Astaire. 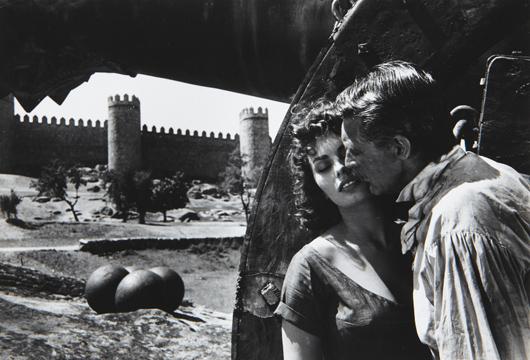 There is also time for romance whilst swashbuckling. Cary Grant shows how to share a tender moment with Sophia Loren next to a gigantic canon outside a castle.

← The Gentleman’s 100th article
The gentleman in Cuba →